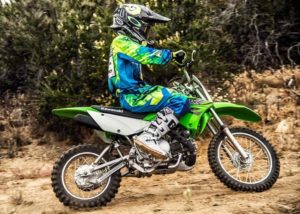 There’s nothing like a brand-new dirt bike with zero kilometres if you have the budget. Beta is an Italian dirt-bike brand that has become extremely popular in Europe and the world of motocross in general. Despite being one of Beta’s smaller bikes (in terms of cubic centimetres), the new 2019 Beta 125 RR sells for a low $7,999 brand new.

How much is a Dirt Bike?

The dirt bike model’s uniqueness can be explained by the following:

Lightness is one of the best things about the Beta 125 RR, making it easy to handle. Lighter bikes are a great place to start if you’re new to dirt biking, but this bike would be ideal for people who want less bulk and better acceleration, as well.

Another great feature of this device is adjusting the settings for the sun and the rain. Rain mode improves the bike’s performance on trails by lowering the rpm and allowing for quick shifting. Sun mode is optimised for midrange and top-end performance.

Combined with the bike’s lightweight and good handling, both of these modes offer something for everyone in a wide range of situations. 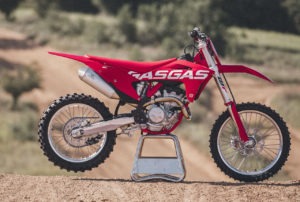 Although it is one of the lightest bikes on the market, the GasGas XC200 has a little more power than smaller engines. In its new state, it retails for $7,999.

Ride this incredible Enduro bike, and you’ll stop dead in your tracks. This bike is equipped with a Kayaba suspension system, a Keihin carburettor, a Magura clutch pump, and Excel rims. Fueled by their commitment to high bike quality,

GasGas has upgraded the electrical system with a new starter and battery system.

When it comes to improving this bike’s quality and performance, GasGas has done a fantastic job! Woodside Motor Sport’s website, which can be found here, has more information about this bike. 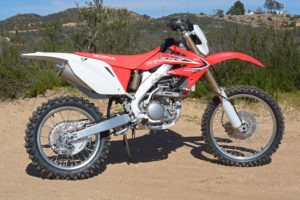 Dirt bike manufacturer Honda produces the CRF250R, which is one of their most popular models. Several upgrades have been made to the 2019 model’s performance compared to its predecessors, and the bike’s price has been reduced to $7,999.

A new cam profile improves low-end performance, while a shortened right-side exhaust pipe improves top-end performance on this vehicle.
Also notable about this model is its ease of steering and manoeuvring in tight corners. Due to its effortless handling, this bike can be a little jittery on rocky areas of the course. If you ride this bike, keep that in mind. It is not a deal-breaker, but it is something to consider.

As with the other Husqvarna models, the TE150 is light and manoeuvrable.

The bike’s engine is one of its most vital points. As a two-stroke engine of the highest quality, the engine’s mass distribution is excellent, resulting in superior riding abilities and reduced rider fatigue.

Exceptional ergonomics make riding the bike for extended periods extremely comfortable. As with the bike’s frame, the subframe is made up of 30 per cent carbon fibre. 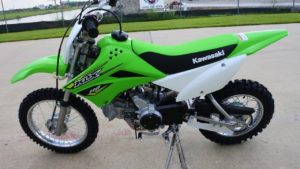 Also producing high-quality motorcycles is Kawasaki. It costs around $7,800, but it’s an excellent, lightweight bike with incredible characteristics.

Despite its low-end power, the Kawasaki KX250 is easy to ride. Due in part to its modest weight of 221 pounds, the bike’s smooth handling also has a lot to do with its narrow width. If you’re apprehensive about riding a narrow bike, I’d recommend giving the Kawasaki KX250 a shot.
To accommodate the KX250’s lightness and fluidity, we need to adjust the style. 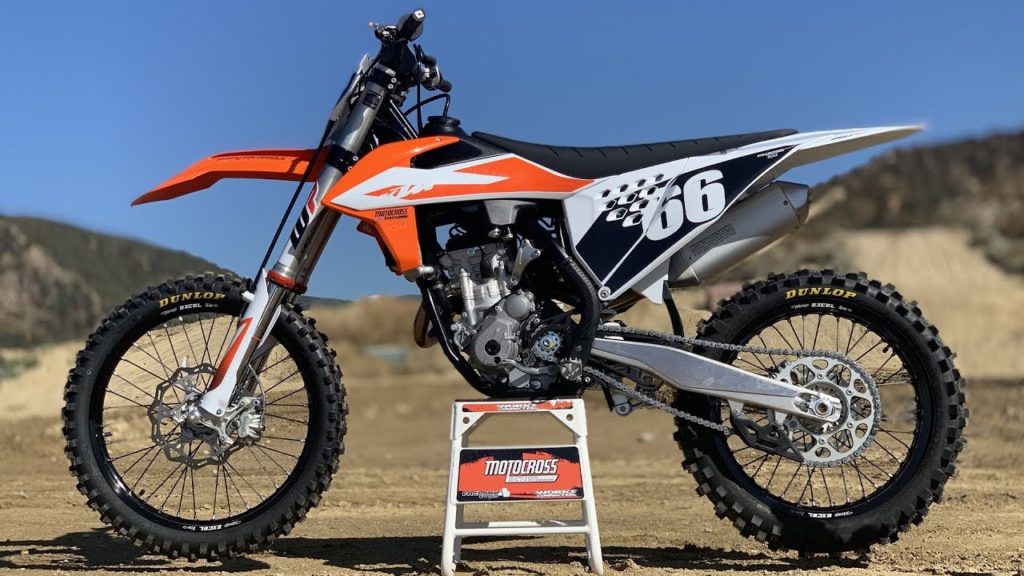 Among the best motocross bikes on the market are those made by KTM, a German manufacturer. A fantastic motorcycle with plenty of power, the KTM 250SX-F retails for around $9,000.

The KTM 250SX-F 2019 model’s lightweight polyethene gas tank has been designed for improved ergonomics. It holds approximately 1.85 litres of fuel for hard racing and endurance.

As of this year’s model, the resonator, previously only available on the 450 bikes, is now fully integrated into the exhaust pipe. This is due to the smaller exhaust pipe, which improves engine performance while also reducing noise levels. With these and other unique features, the KTM 250SX-F is likely to exceed your expectations. 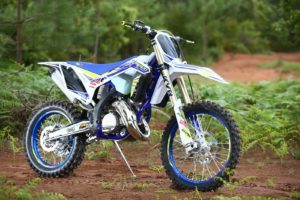 They are high-performance machines, and this year’s lineup is noticeably lighter than the previous year’s. Similarly, the Sherco SC 125 Cross Country model exhibits these characteristics. Trail enthusiasts should consider the SC 125 Cross Country bike, which sells for about $8600.

There is some weight to the Sherco SC 125 Cross Country bike, but it still has good trail mobility. Another great feature is the bike’s ability to return to the powerband if you fall below it. My personal opinion is that this is one of the most valuable features when riding on rugged terrain.

It is powered by a Yamaha YZ250F four-stroke engine

As a leading manufacturer of high-performance dirt bikes in Japan, Yamaha has earned a solid reputation. A completely new model, the Yamaha YZ250F, has been completely redesigned from the ground up and costs around $8,200 when purchased as a new bike.
When it comes to power, strength, and flavour, this could be the bike for you. Isn’t it worth a closer look? Visit Yamaha’s website to learn more about it. 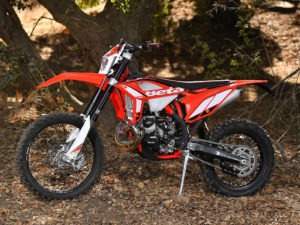 Beta has once again produced a fantastic dirt bike. Because of its more significant displacement, the Beta 250 RR is slightly heavier than the Beta 125 but has more power on the trails. An excellent choice for those who want to ride faster, this bike costs around $8,700.
The bike’s uniqueness is based on its design.

To make the Beta 250 RR frame lighter and stronger, it has been completely redesigned. Due to the new ZF Sachs rear shock, which is 300 grammes lighter than previous versions, the frame is more lightweight. Also included is electronic oil injection, which eliminates the need for pre-mixing gasoline before the engine is started. As a result of the technology, smoke is reduced by more than 50 per cent.

Several cool features are available on this bike, thanks to Beta. Beta’s website has more information about the Beta 250 RR. Tenth place in the GasGas TXT250 Racing category.

Features in Accordance to Price

Dirt bikes rarely look as good as the GasGas TXT250 Racing, which has one of the most distinctive looks I’ve ever seen. There’s more to this bike than its exceptional, sleek design. A $7,900 racing version of the TXT 250 has a good reputation for dependability and performance.

Clutch failure or stalling on this bike is infrequent. In addition, this model’s overall ergonomics are superb. Because everything is in the expected location, there is no need to worry about finding the clutch or pedals in a different place.

Now, how much does a dirt bike cost for a 12-year-old, a 15-year-old, and a 10-year-old? We offer various models to choose from, such as the best dirt bikes for 12-13-year-olds, with an engine cc size of 65-125cc. The power of the dirt bike will be determined by your child’s maturity, physical stature, and prior dirt biking experience. For 15-year-olds, the Yamaha YZ125, Honda CRF230F, SUZUKI DR-Z125, KTM 150 SX, and Kawasaki KLX110 are recommended as the top dirt bikes.

Dirt motorcycles become more expensive as your children grow older, so selecting a nice bike worth your money is critical. So this gives all answers that how much is a dirt bike for a 12-year-old, for a 15-year-old and also can tell that for a ten-year-old

Many prices vary depending on the model, such as a 250cc dirt bike price, which has recently seen a boom in demand, prompting every firm to offer 250cc bikes in Pakistan. In Pakistan, consumers choose various 250cc dirt bikes like Honda 250 motorcycles because of their availability and excellent after-sales support, but new automakers also receive positive feedback.

250CC dirt bike is for sale 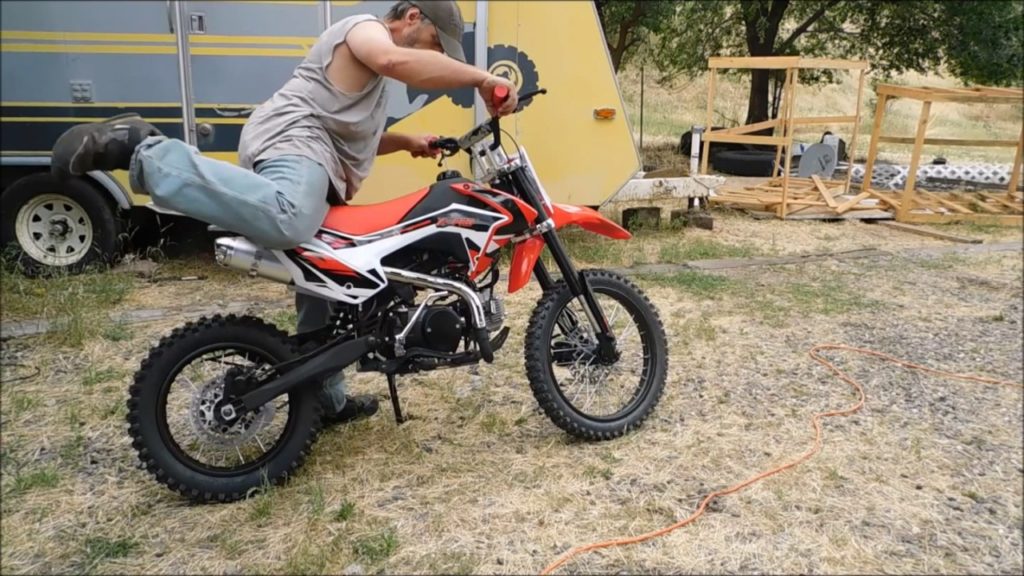 One of the reasons that Pakistani consumers love 250cc and 125cc is there are dirt bikes for sale 125cc, and sales online are also available.
On PakWheels, 250cc bikes are available for as little as 1 lac and as much as 6.0 lakh. Pakwheels can help you find the best 250cc motorcycle for your budget.
Different models vary in different countries and come at different prices, like how much is a dirt bike in South Africa, and also some countries have gas bikes for sale. We can also avail the option of old bikes for sale online and $100 motorcycle for sale cheap as well and also it comes in many forms like craigslist motorcycle for sale

Many individuals believe that dirt bikes in South Africa are expensive for certain people, costing between 10,000 and 9000 Rand. Used motorcycles for sale 125cc also varies in price, with the top dirt bikes from well-known brands costing roughly $8,000-$9,000 on average. Used and older bikes depreciate about $1,000 every year of age; and also the craigslist dirt bikes for sale and $100 dirt bikes for sale cheap for example, a 2016 dirt bike costing $8,000 new would be worth around $4,000 now, depending on how well the previous owner maintained the motorcycle.